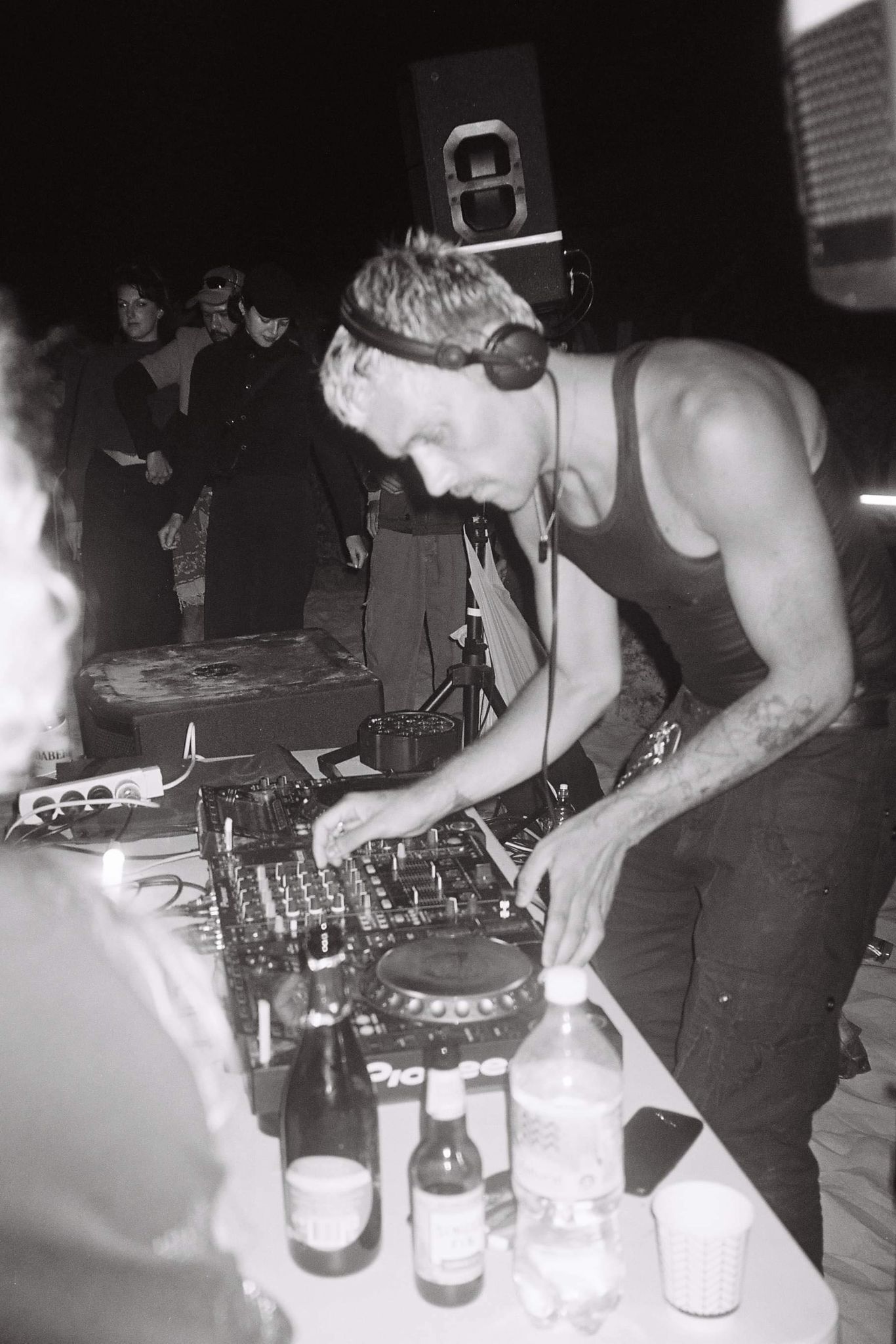 Wongi man Yikes, who is based on Noongar Boodja (Country), has October’s NLV Present mix covered with his “I don’t wanna ill, I just wanna chill” DJ mix.

Yikes is a man of many talents. He’s a DJ, producer and artist, who founded his own venture, Nani Creative: a Boorloo (Perth) based Aboriginal led creative studio. With the space, he has worked hard to tangibly fight back against the lack of diversity in creative industries. The initiative also aims to encourage authentic design that creates connection and enables storytelling.

In his 48-minute Hip Hop mix titled “I don’t wanna ill, I just wanna chill”, Yikes harkens back to his younger days, drawing on elements of graffiti culture and his early work as a producer for this mix that embodies nostalgia and empowered resistance.

“Coming from a background from graffiti and producing beats for my crew when I was younger, Hip Hop has always taken up space in my life and I’ve used it as a nice balance to the techno and heavy sounding music I’m generally known as a DJ for,” he said.

“It’s a way for me to unwind and get lost in the story the artists are telling.”

He continued: “This mix features some of those golden era gems, some deadly First Nations mob and some artists I have a huge appreciation for their art, style and flow. Expect some neck-snappers, and buckle up in a reclined position.”

He goes all in on this mix, expertly working his nostalgic narrative in with the mix’s arc. The old-school vibes kick in from the initial beat, with TLC being led smoothly into the booming confidence of Oetha’s ‘Sista Girl’. He traverses effortlessly through styles and eras in the mix, weaving older cuts from Lauryn Hill and Erykah Badu, Dr. Dre and Wantigga, in with more contemporary works from Sampa The Great and JK-47, Phoebe Jacobs and Hazy

It’s a masterclass in Black excellence, with Yikes’ knowledge of the genre and the story’s that are told being central to this mix’s impact.

Nina Las Vegas’ events and special projects’ moniker NLV Presents has continued to thrive due to her passion for bringing the sounds of the underground to our ears.