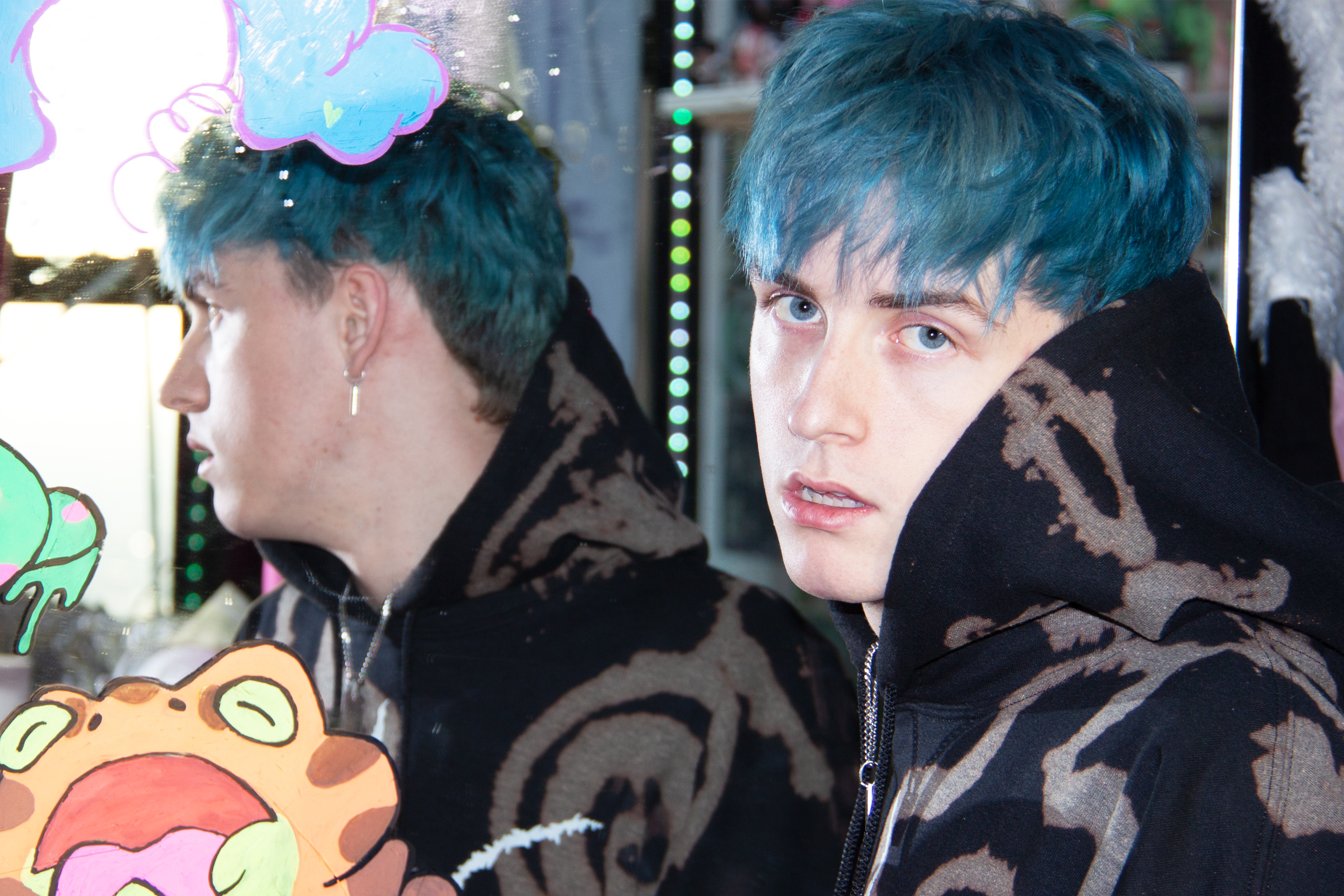 Over the six tracks, Laces’ punctilious production practice allows him to carefully craft this ethereal collage of sounds. These sounds are strung together and woven into a rich tapestry of ideas that transcends your average electronic music release and instead, emerges a meticulously constructed world of his own.

True to NLV Records ethos of pushing forth some of the most innovative up and comers in electronic music, Field Fallacy XVI has it all. It’s hard to put this future-facing EP into any one category, as its fluidity is a defining feature of it.

Kicking off with “Sunvocus”, as the EP progresses, it bounces from one extreme to the other. Balancing works with a delicate blend of strings and vocals, like on “Drop My Cell”, against the mind-boggling compositions of “Eucalyptus”, “3K” and the powerful club instrumental, “The Ridge”. At its close, the EP emerges as an immersive and challenging release.

Field Fallacy XVI also sees him call on a bunch of creative friends for features, including fellow NLV Records family member, Ninajirachi on “Prosperity”. Tel Aviv’s MAXIMAL Life contributes to the blended, harmonic soundscape crafted on “3K”, while Melbourne’s Darcy Baylis adds a touch of pop magic to the release on “Drop My Cell”.

“This EP is the result of my obsession with internet dance music culminating in a couple years of just production and clubbing,” Laces mused. “I spent my time producing hoarding a lot of unreleased music, getting wrapped up in the idea of making songs that were to some kind of impossible standard.”

“Eventually I just found myself with 6 tracks stemming from impromptu sessions on my Macbook Air in uni or the studio, and I eventually realised I had an EP that was truly mine. Field Fallacy XVI pumped up my day-dreams so I hope it does yours.”

For a few years now, Laces has been quietly working his way across Australia’s underground. As a producer, he’s forged a future-facing sound for himself that pushes the boundaries of modern sound production.

As a curator, he’s a founding member of the Melbourne club night LONER, which has provided a physical space where like-minded individuals can gather and connect. Supporting the release of his Field Fallacy XVI EP, Laces will play Melbourne, Sydney, Perth and Brisbane across April and May.

With previous releases on labels such as Tokyo’s TREKKIE TRAX and Sydney-based Sidechains, Laces’ tracks have been played out by artists like Machine Drum, Cashmere Cat, San Holo, Rui Ho and Former Hero.

He has previously supported the likes of Bladee, Thaiboy Digital and HI LIFE in shows across the country and through his part in LONER, he’s had a hand in booking acts such as Ninajirachi (NLV Records) and Genick (RIP UKG), as well as overseeing the launch of Loner Online: a virtual reality club night that has seen the likes of T5umut5umu, Masayoshi Iimori and Six Impala perform.