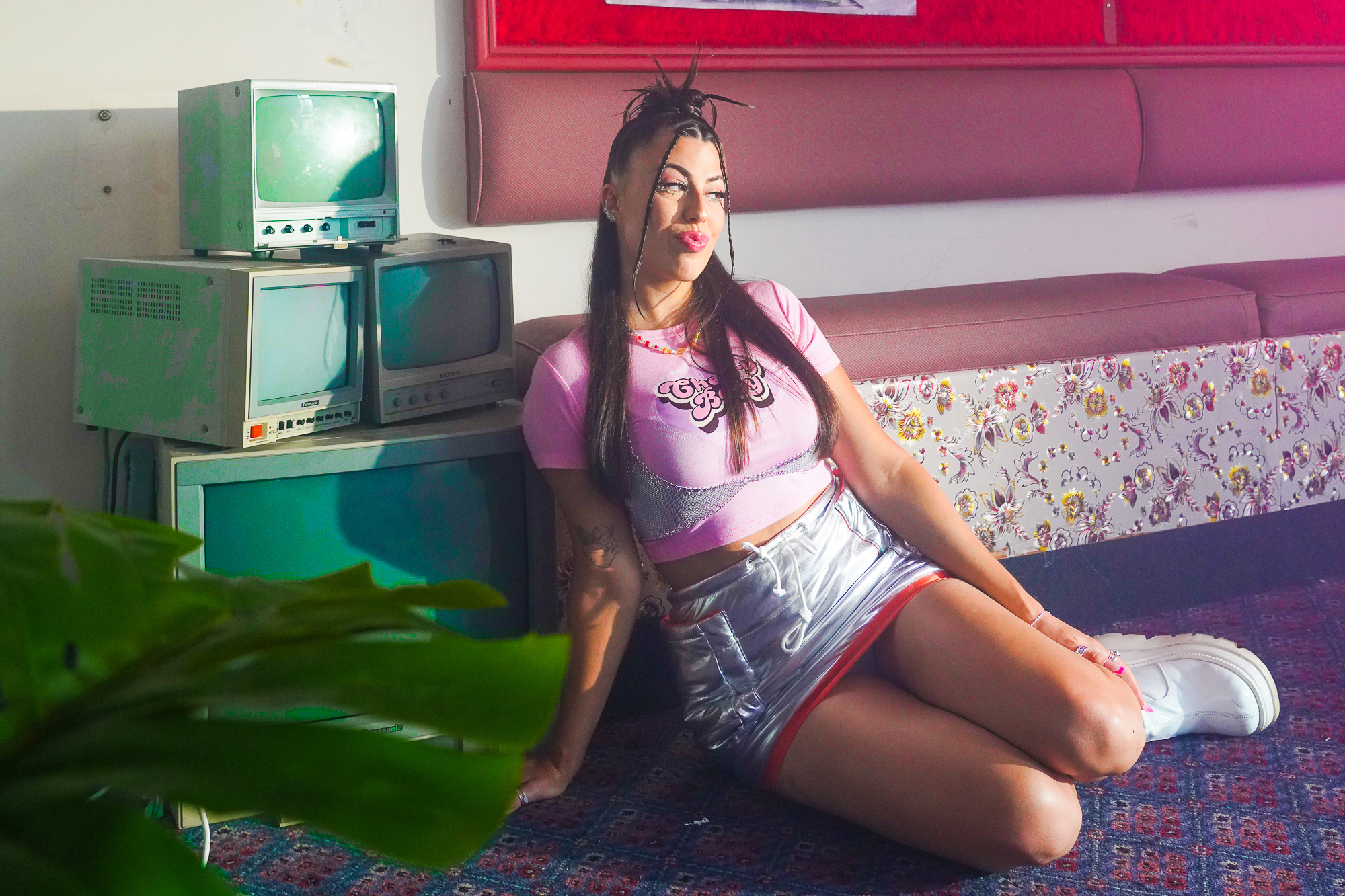 Kota Banks has gone from strength to strength in carving out her own space in the pop sphere, having made her foray into the digital world with her NFT project UP!, followed by her most recent releases ‘Dreamhigh’ and ‘Mutual XO’. ‘GIRLS WORLD!’ continues to build on her euphoric soundscape that consistently blurs genres, sweeping listeners up in an exploratory transcendence, undercut by contemporary pop sensibilities. Across ‘GIRLS WORLD!’ Banks trades shimmering melodies and bright synths for confident raps married with bass-heavy electronic production. The result is an intoxicating display of Kota‘s forward-thinking blend of hyperpop and alt-RnB.

Speaking to the release, Kota shares ”I wanted GIRLS WORLD! to be the ultimate head-fuck conceptually – I love nothing more than a play on words / a double entendre. I think nature complements our physical attributes so beautifully – there’s this symmetry we have with it: a woman is like a piece of fruit in so many ways. The textures of parts of our bodies, the sweetness, the beauty, the colour. I wanted to put all of these ideas in a pop song, and reflect them sonically too: it’s gritty at times, pretty at others: that’s the reality and complexity of a woman.”

Best known for her infectious melodies and hooked tongue-in-cheek lyricism, Kota Banks masterfully dissects groundbreaking experimentation across a spectrum of exhilarating pop music. Garnering over 40 million streams on Spotify from her debut PRIZE mixtape, 2020 Sweet & The Spice EP and the Ninajirachi collaborative EP True North, Kota has solidified her position as a local trailblazer, hailed by The Guardian as a “rising star of hyperpop” and “pop-tinged” by NME amongst others including Billboard, triple j, The Atlantic, Clash, Junkee, Acclaim and Paper Magazine.

Alongside her own growing catalogue, Kota also works meticulously behind the scenes as a writer, having collaborated with Larissa Lambert, Cashmere Cat, and the late pioneer SOPHIE on the track ‘Not Okay’ from the 2019 GRAMMY-nominated album Oil Of Every Pearl’s Un-Insides; most recently also featuring on Ninajirachi’s debut mixtape Second Nature, lending her vocals on ‘Crush Me‘.Empowerment and experimentation are the pillars of Kota Banks’ artistry, set to propel her into the pop stratosphere nationally and beyond.