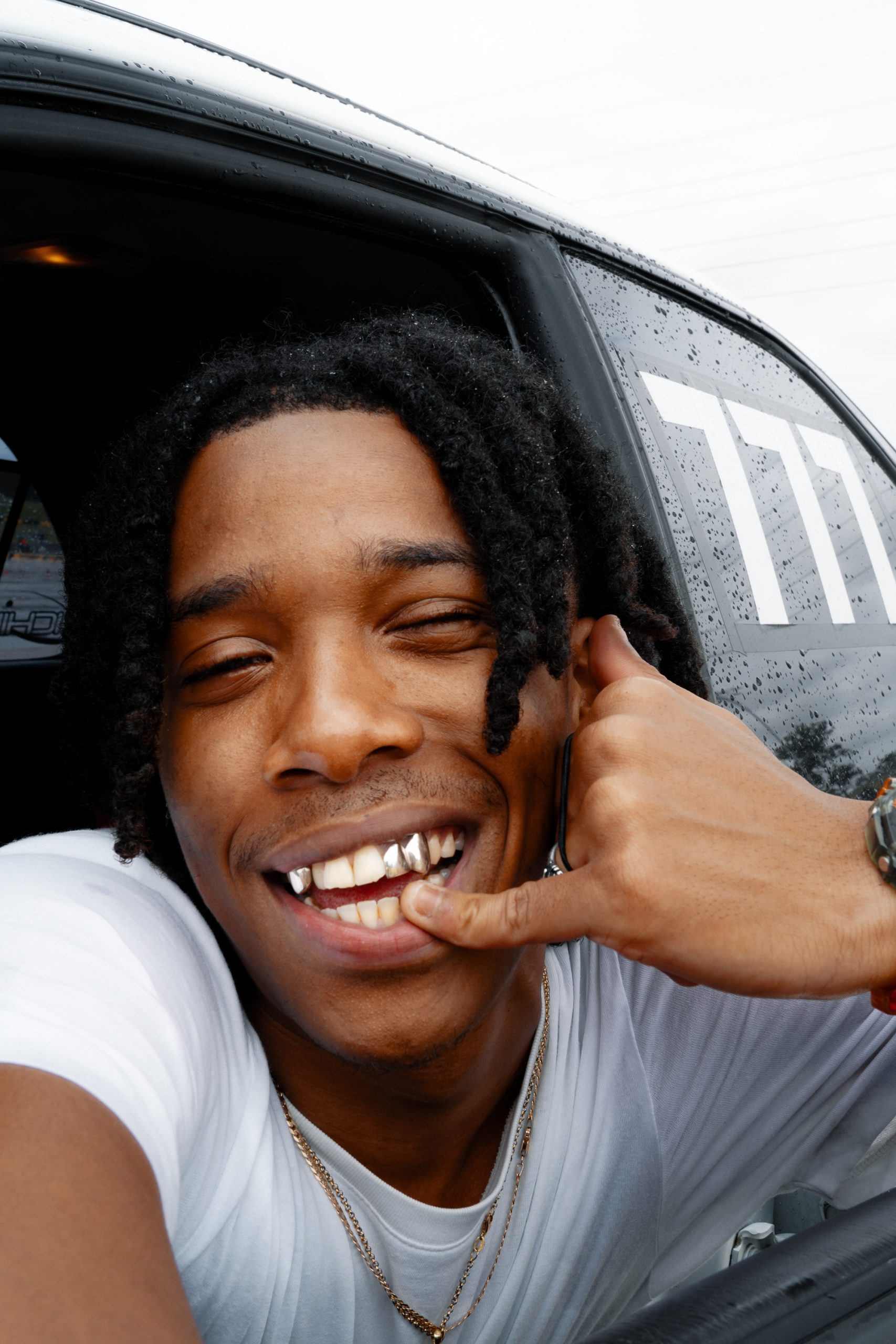 Finding influence in rap and dancehall-inspired production, ‘Make It Snow’ embodies a charisma and flow that is unique to Gold Fang and his collaborators Danté Knows and Korky Buchek. With infectiously catchy hooks that muse on Gold Fang’s pop-leaning sensibility, Danté Knows’ enigmatic mantra cuts through, as he takes a step aside from his recent psychedelic rap sound to twist the track into a new formation.

Speaking on the release, Gold Fang says “Make It Snow is heavy in the Vybz Kartel and Popcaan region. For me that’s where most of my influence comes from – back home. We true to ourselves and true to our culture. We want people to dance and enjoy the flavours we bring to the table.” Danté Knows elaborates on the recording process, saying “Fang cooked up the track with Tom & Peter a night before showing it to me. Besides my verse, most of the song was already there before I even looked at it. My involvement consisted of suggesting breaks where I heard them & throwing down my verse. To me, ‘Make It Snow’ is our tribute to the darker sides of dancehall. The sonics bring me to a memory of loading a CD into my player and running an old [Vybz] Kartel or Mavado mixtape as a younger self.”

With the track comes an energetic music video, directed by  The Sesh, who says of the visual “Fang, Dante and the whole team, all did an incredible job on this project.The shot of Fang performing out the car window was inspired by a scene in Christopher Nolan’s, ‘The Dark Knight’. ’Make it Snow’ has a sonic energy that is rare and ahead of its time.” Standing tall amongst dancehall and reggae counterparts including Vybz Kartel, WizKid and Popcaan, Gold Fang wraps up a masterful balance of cultural authenticity amongst a playful exterior. ‘Make It Snow’ rings true to his Trinidadian roots, combining speedy oscillating synths and melodic rap verses to captivate a unique and transcendent Caribbean flow.

‘Make It Snow’ follows Gold Fang’s recent debut two-track release ‘Light It’ and his collaboration with rapper Big Skeez on their anthemtic single ‘Where Yuh From’, which earned significant praise from outlets including Acclaim for their “melting pot of style”, hailed as “energy raising” by Purple Sneakers and“exhilarating, invigorating and relentless” by MTV amongst radio support from triple j, triple j Unearthed and FBi Radio.