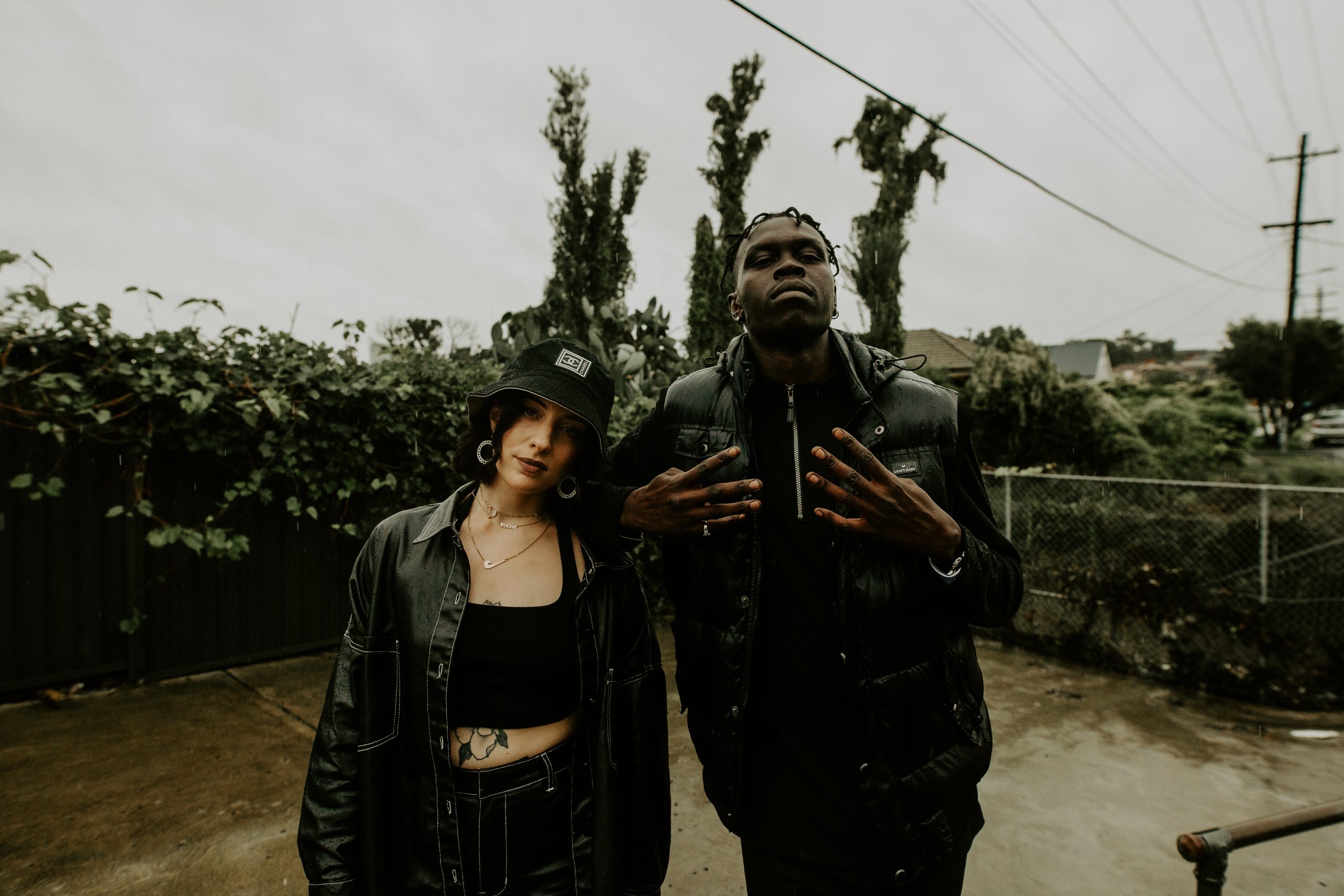 The NLV Records roster has just got a whole lot bigger, with the addition of two new signings: Naarm/Melbourne DJ and producer FOURA and West Sydney Afroswing artist Big Skeez. FOURA’s first release on NLV Records comes courtesy of her new track “On Tonight”. In the spirit of family, she’s got Big Skeez on vocal duties for this wavy garage-pop odyssey.

“On Tonight” represents the perfect intersection of both artists’ sounds. It’s them meeting in the middle, and in turn, creating a track that pushes both artist’s sonic palettes into new territories, resulting in the track’s glitzy garage sheen. “It’s been such a fun journey working on this single,” FOURA said. “When Skeez hit me up for a collab I couldn’t have been more excited. I sent him a beat and within 2 days he hit me back with the sickest vocals. I was blown away, he’s a phenomenal talent.”

“Signing the track with NLV Records shortly after, having been such a fan of the label for the longest time, made the whole experience an absolute dream. I’m so excited to share this slammer of a track with everyone and hope it soundtracks some absolutely wild nights out.”

A regular on the Melbourne underground club ciruit, when FOURA’s not making punchy, UK-inspired electronic music, she’s DJing at renowned institutions like Revolver Upstairs, Glamorama, and Section 8. No stranger to festivals, she’s played Let Them Eat Cake, Beyond The Valley and Falls Festivaland host her own events through her Off Licence club nights –  whose lineups are characterised by niche music agendas with a strong emphasis on gender diversity. Her impressive DJ career has led her to earn a valued membership with The Operatives, as well as being an official endorser of world renowned DJ brand, AIAIAI.  On the production side of things, she’s released music on local Australian labels like clipp.art and Extra Spicy, with her track “Hold U” listed by Spotify as one of the Best Electronic Songs of 2020.

Big Skeez is arguably one of South West Sydney’s most hard-working up and coming Afroswing artists. Over the course of his discography, he glides between Afrobeat, hip-hop, RnB and dancehall, switching between effortless raps and sung verses like it’s nothing. He’s collaborated with the likes of Lil Spacely, Dopeboy and more, and is set to release more music with NLV Records throughout 2021.

FOURA and Big Skeez collaboration “On Tonight” is out now via NLV Records.