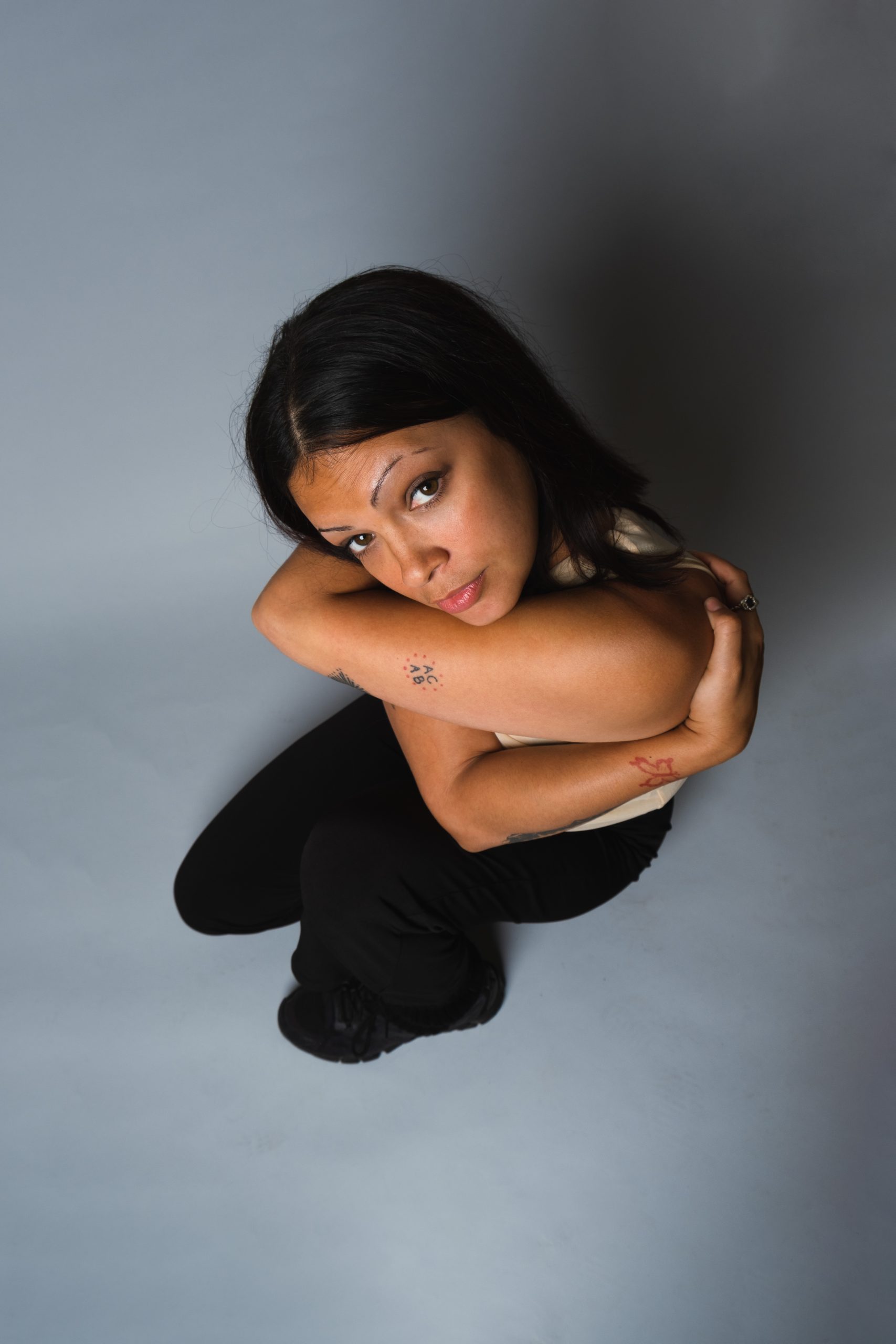 DAMEEEELA’S DEBUT SINGLE ‘THE SHAKE UP FT. TJAKA’ IS OUT NOW!

Introducing multi-hyphenate DJ, producer, radio host and Yuggera woman, dameeeela, who today unveils her highly-anticipated debut single ‘The Shake Up ft. Tjaka‘ .
Raised in Tulmur/Ipswich and now based in Meanjin/Brisbane, dameeeela has steadily amassed a following and reputation as one of the cities most in-demand selectors. An ability to cater to any genre, audience and energy from hip hop to acid to the classics and back again is what brings listeners back time and again to dameeeela; mixes bursting with electric passion and rife with experimentation, combined with ongoing reminders of club music’s origins in Black culture.

‘The Shake Up‘ is an unflinching display of dameeeela‘s craft, demonstrating her ability to carefully layer skittish electro atop euphoric melody, evocative of Detroit techno pioneer K-Hand, suffused with Logic1000 and Moktar’s knack to recontextualise the culture, rhythms, and melodies of the past. As a proud First Nations woman, ‘The Shake Up‘ is a fierce indication of her intrinsic connection to those who came before her.

In her own words, dameeeela says ‘The Shake Up‘ was, “Made explicitly for the absolute rare moment where you’re dancing eyes shut in some techno/electro induced euphoria and you hear the sound of the ancestors calling you through Tjaka’s electronic didgeridoo, entering a state of connection to the land you’re dancing on. The exciting forceful drops that have you celebrating for a moment, forgetting all else.”

Comprised of brothers Geoff and Jake Fabila, proud descendants of the Djabera Djabera tribe from so-called Western Australia, and a helping hand from guitarist Felix Fogarty, Tjaka loan their slide Digeridoo (the Didjeribone) and Facebass craft to ‘The Shake Up‘. With a path paved by pioneers Charlie McMahon and Tjupurru, their feature showcases the continued groundbreaking experimentation laid by their ancestors.

With the release comes the news of dameeeela‘s signing to NLV Records, of which Founder and Director Nina Las Vegas shares, “I have been in awe of dameeeela since coming across a wildly impressive 4ZZZ mix of her’s when returning to Australia early 2020. Since then, we have built a tight connection through music, mixes and art; we both love to play pretty much every type of club music! Watching her develop as a producer has been equally amazing, so proud to be on this journey with her and release her debut music on NLV Records.”

dameeeela boasts a live resume that includes warming up stages for iconic artists from Skepta and Tyler, the Creator to Charli XCX, Anderson .Paak, Genesis Owusu, Wiki and Skin On Skin amongst others, including appearances at Splendour In The Grass, Falls Festival, Listen Out, Laneway, Pitch Music & Arts, Groovin The Moo, BIGSOUND and more. Offstage, dameeeela recently launched her own Track IDs playlist on Spotify. Stay tuned for more from dameeeela coming soon.

‘The Shake Up ft. Tjaka‘ is out now, buy/stream it here.