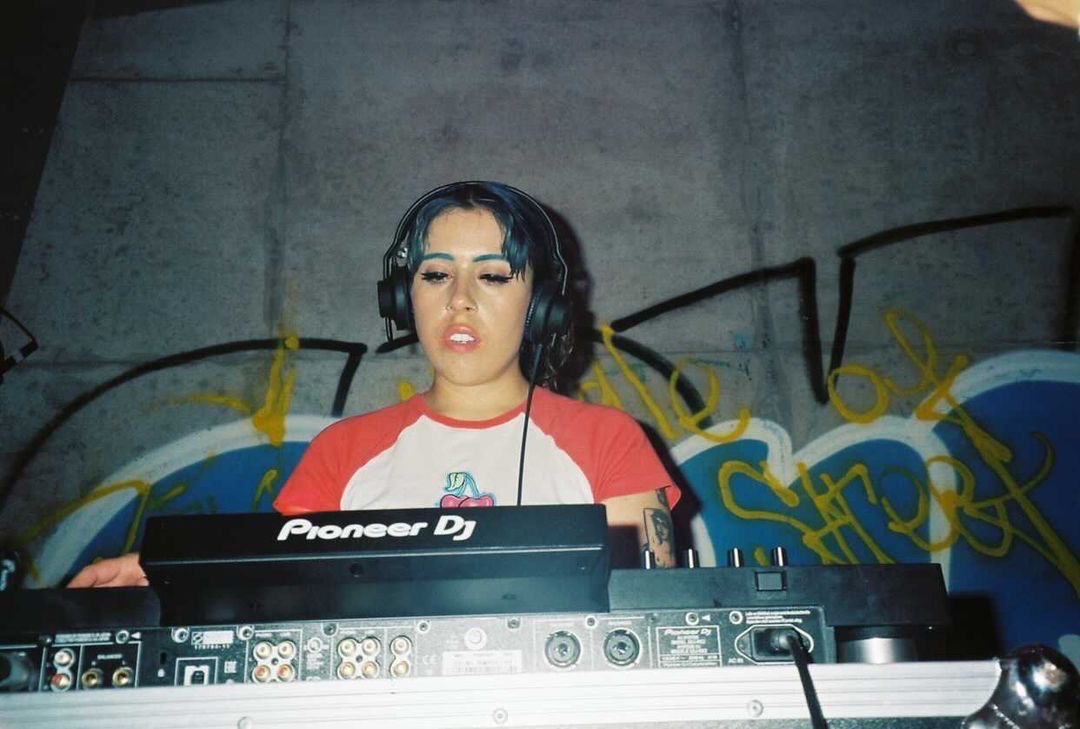 With almost a decade of experience in the music industry, Caitlin was a former owner of tastemaker brand Purple Sneakers. She was 1/3 of the next generation of Purple Sneakers DJs, touring the country twice and DJing at festivals like Splendour In The Grass, Listen Out, Output Festival and more, as well as working with brands like Nike and Bonds.

Since leaving her role at Purple Sneakers, she’s been working on her own original music. She began releasing music in 2021, with her debut single ‘Gel’ being released at the start of the year via Parry Talks’ inaugural charity compilation. She has since put out a rave ready track ‘Midnight 95’ which was released on UK label Sticky Tapes’ First Birthday compilation, and was featured in Mixmag. She also delivered a high tempo remix of Tom Bruce’s ‘Crying In The Club’ featuring Maxy Cozy via Gallery Recordings. She is currently readying the release of her debut EP, which is set be out in early 2022.

Caitlin’s NLV Presents mix “Deep Down” is the product of Caitlin’s reflection on what it means to hone your craft as a DJ,
“I like to think that I’ve thought deeply about this mix, particularly considering the way the mix flows and how each track contributes to the overall arc. Through DJing, I’ve learned the importance of adaptation and how discipline plays a huge role in creating said are. This mix is me putting those concepts into practice.”

“Deep Down” features Caitlin’s very own remix of End In Tears’ track “Infinity Pool,” as well as club favourites Skin On Skin and Bad Boombox.