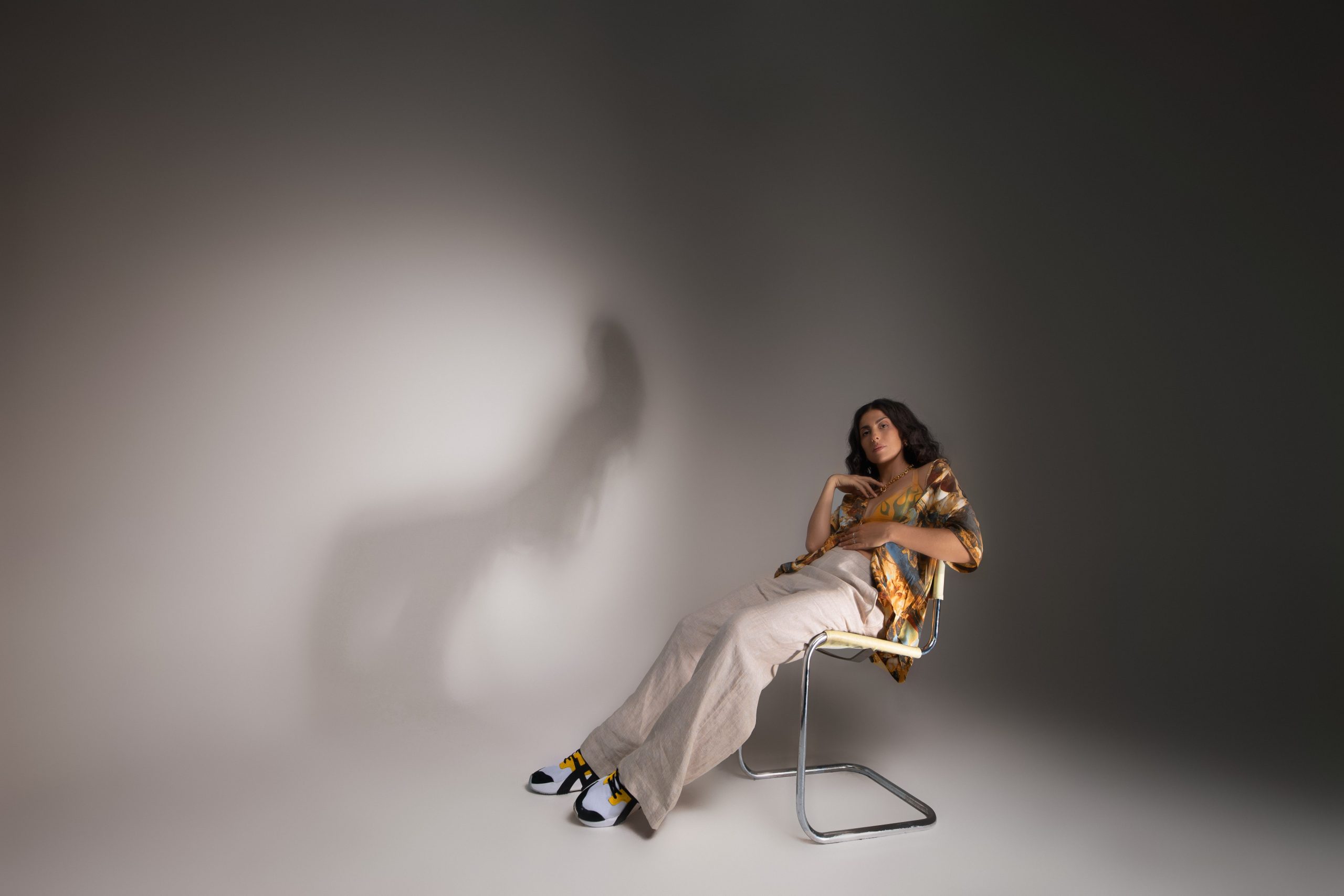 After much anticipation, release day has arrived for Anna Lunoe whose latest EP, Saturday Love, is out today via NLV Records.

Saturday Love is a tapestry of 5 hard-hitting club tracks bursting with a ripe sense of creative exuberance, with Anna sharing

“The Saturday Love EP is made up of 5 tracks. 3 demos that took years to crack, 2 super quick club weapons. Being a heavily touring DJ for over a decade, for me, production was something snuck in the tiny gaps between shows, but the last 2 years switched that up. It’s given me time to go through and work through some blockages in my skill set and find new ways forward on precious older demos.”

Saturday Love opens up with sincerity and spirit, rife with chopped beats, high-on-energy production and of course, the vocal hooks. Joining the rave-ready ‘Double Dip’, melodic ‘Like Me’ and the energetic ‘Alright’ is the Totally Enormous Extinct Dinosaurs collaborated-jam ‘Peach Fuzz’, Anna revealing that,

“After releasing our first collab “Feels Like” in 2014, me and my mate Orlando (Totally Enormous Extinct Dinosaurs) decided we should probably get back in the studio mid-2016. We had no plan, it was a real jam sesh. No overthinking what to make, just making. This 3 am jangly journey track was the result! Mid-2021 we came at it again. I learn so much from Orlando and I really love this song.”

Spotlighted today is the release of ‘Saturday Love’ with US-based artist Lulu Be, of which Anna shares,

“The addition of Lulu Be happened by total happy accident – I actually reached out to her to be on another demo (which ultimately didn’t make the EP) but she heard Saturday Love and came through straight up with a vocal idea that the little demo had been waiting for! I’d like to formally admit that it may be my favourite song of mine yet”.

In this, her fourth EP we see Anna reconnect with the club sound she is known for, but with new depth and intuition, representative of the unique perspective of being a touring DJ, producer, radio host and also mother of two. 2017 kick-starting a new chapter in her life, coupling the challenge of being a new mother and a touring producer. From headlining a stage at Hard Summer’s 10-Year Anniversary at eight months pregnant to playing Coachella with her toddler in tow, she provides the dance space with a narrative not regularly on display.

With previews ‘Double Dip’, ‘Like Me’ and ‘Alright‘ amassing over 2 million streams across all platforms, Anna has also landed radio support from triple j, Capital Dance, Diplo’s Revolution, FBi Radio, BBC6, KIIS FM and editorial acclaim from the likes of NME, Billboard, Sniffers, Music Feeds, Purple Sneakers and Stoney Roads amongst others. She maintains her role as a global tastemaker on her weekly danceXL radio show on Apple Music and still finds the time to deliver the next-level DJ sets that made her a festival favourite, having just completed a sold-out US headline tour and played Splendour in the Grass. Anna will be making appearances at Outside Lands Festival in the US, as well as the Australian Festival X and Falls Festival lineups this summer, playing alongside the likes of Calvin Harris, Megan Thee Stallion, Tsha, Pinkpantheress and more.

To celebrate the release of Saturday Love, Anna also shares a special addition merch drop and 12″ vinyl release, which can be ordered here.