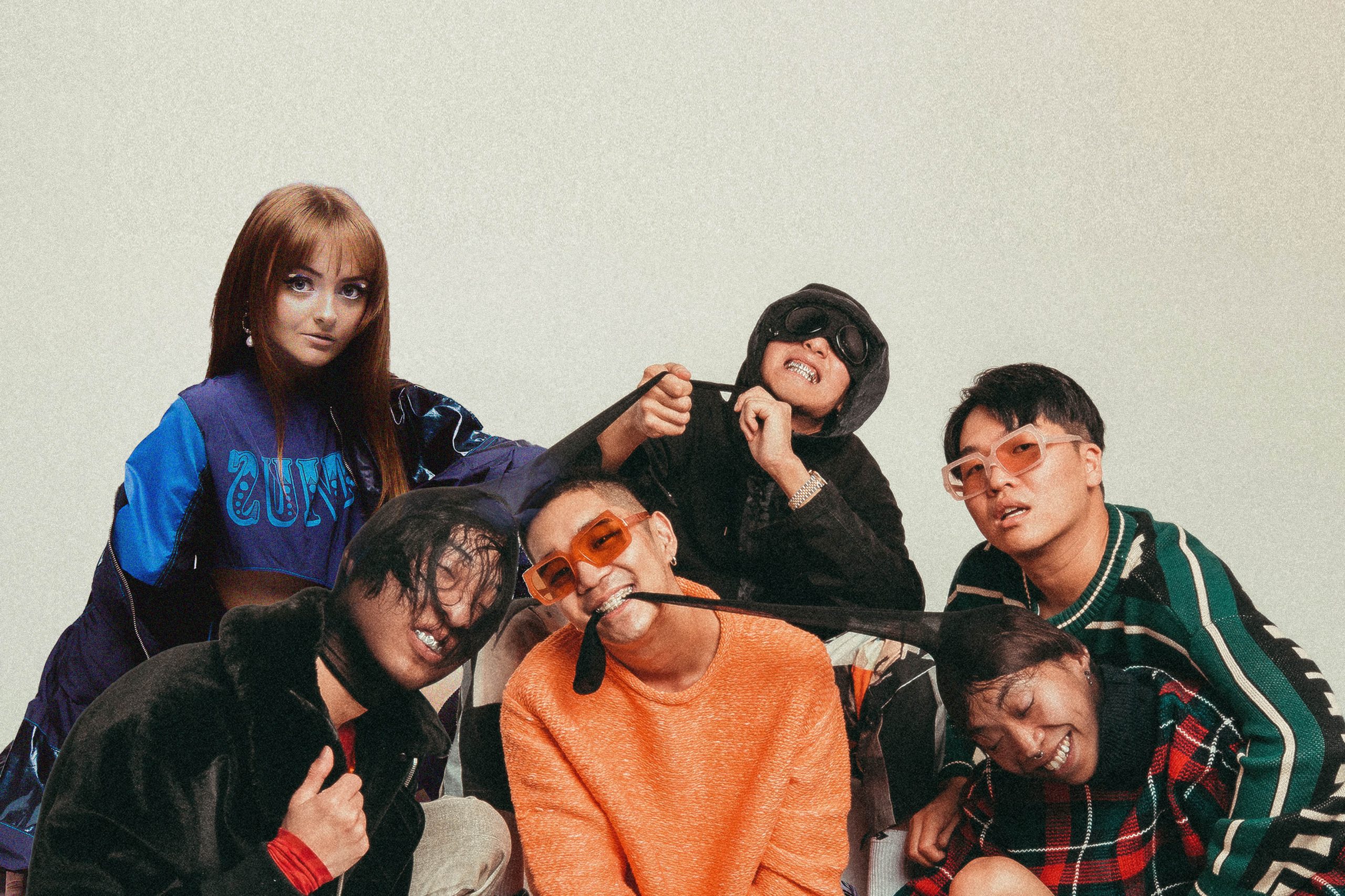 Comprised of rappers rako, goyo, DALI HART, producer-singer Nerdie, and producer pokari.sweat, 1300 have secured riveting reworks from Eora/Sydney-based producer Ninajirachi and the group’s very own Nerdie on their original shape-shifting production. Triple-threat producer, DJ and songwriter Ninajirachi has moved the needle and breathed new energy into the track, flexing a Baile Funk inspired drum pattern with her characteristic second drop switch up.  On the remix, Nina said “This remix was such a fun lockdown project for me – it really helped get me out of a creative rut! The track is so fun and I can’t wait to play it out!”. On the other side, Nerdie seamlessly blends razor-sharp electronica with unmatchable, raw vocals to create a forward-thinking remix, of which he says “Smashmouth re-imagined for the club dancefloor. This one’s from the ravers”.

The explosive original release ‘Smashmouth‘, garnered major support from outlets including Rolling Stone Australia, NME, Acclaim, Sniffers, Tone Deaf, Purple Sneakers, Best Before, Pilerats and more, alongside praise from triple j, saying “their versatility, precision and creativity is all on show and at the highest level” and triple j Unearthed as a Feature Artist. Transposing the energy of their records to an exhilarating, boisterous live show, the group’s ability to transcend genre and audience has already seen them notch a slew of notable support slots, appearing alongside Genesis Owusu, PNAU, Shady Nasty, Jono Ma, Taka Perry, 3K, Kota Banks and more.

Subsuming the raw volatility of Soundcloud rap, the physical potency of sweat-doused, subterrestrial electronic music, and the high-budget sheen of K-hip hop, the sound of 1300 cannot be understood or defined in pure stylistic terms. Built from everything goes studio sessions, their music is instead caught in a state of endless dynamism that never ceases to electrify or surprise, bottling the potential of a group animated by their boundless creativity, the individual members coming together like particles in the Large Hadron Collider that is 1300. What ties it all together is the group’s uncompromising pursuit of raucous energy, a constant momentum, and intensity born in-studio sessions that is then given shape and sound through their music.

‘Smashmouth‘ Remixes are out now via NLV Records, buy/stream it here.