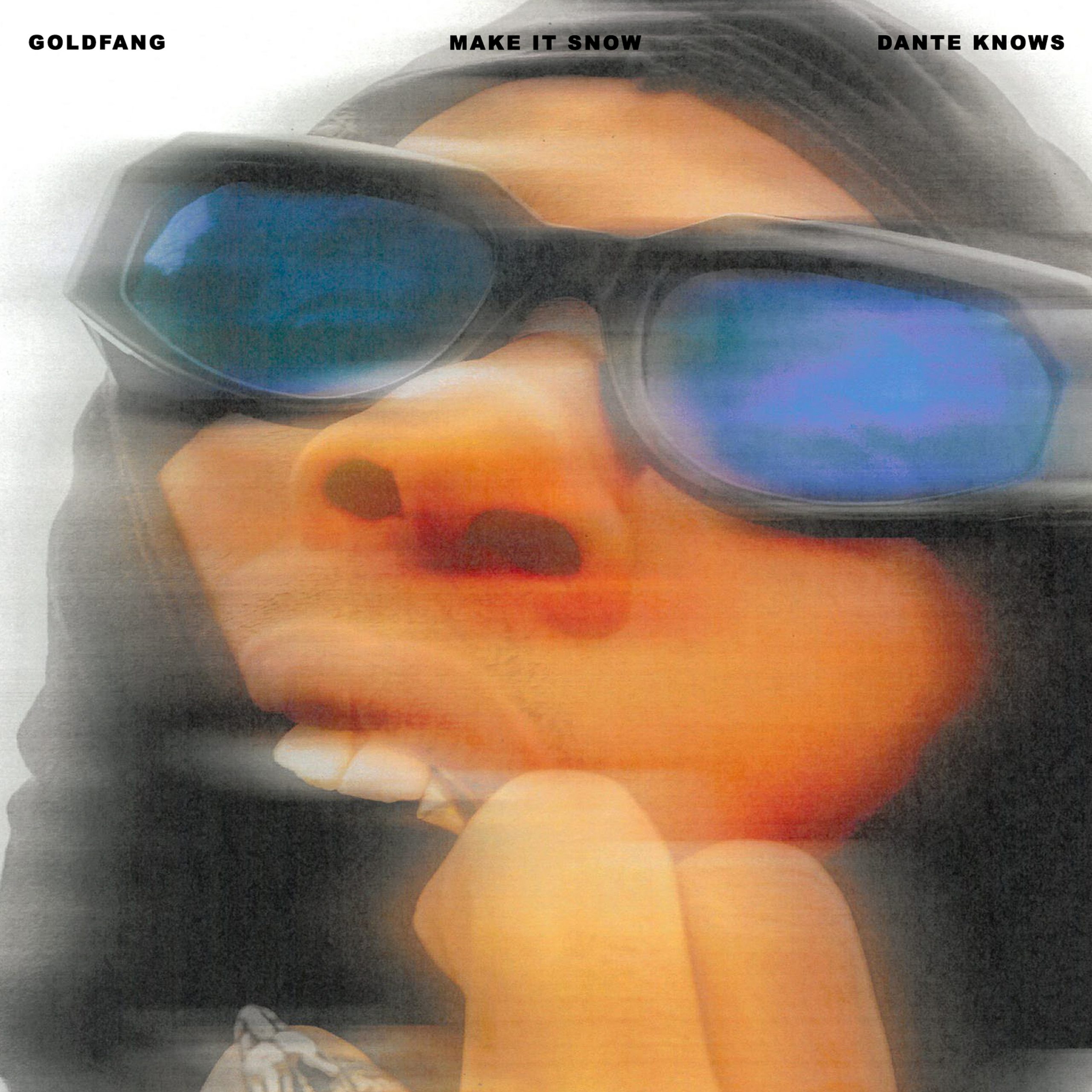 Finding influence in rap and dancehall-inspired production, ‘Make It Snow’ embodies a charisma and flow that is unique to Gold Fang and his collaborators Danté Knows and Korky Buchek. With infectiously catchy hooks that muse on Gold Fang’s pop-leaning sensibility, Danté Knows’ enigmatic mantra cuts through, as he takes a step aside from his recent psychedelic rap sound to twist the track into a new formation.

Speaking on the release, Gold Fang says “Make It Snow is heavy in the Vybz Kartel and Popcaan region. For me that’s where most of my influence comes from – back home. We true to ourselves and true to our culture. We want people to dance and enjoy the flavours we bring to the table.” Danté Knows elaborates on the recording process, saying “Fang cooked up the track with Tom & Peter a night before showing it to me. Besides my verse, most of the song was already there before I even looked at it. My involvement consisted of suggesting breaks where I heard them & throwing down my verse. To me, ‘Make It Snow’ is our tribute to the darker sides of dancehall. The sonics bring me to a memory of loading a CD into my player and running an old [Vybz] Kartel or Mavado mixtape as a younger self.”