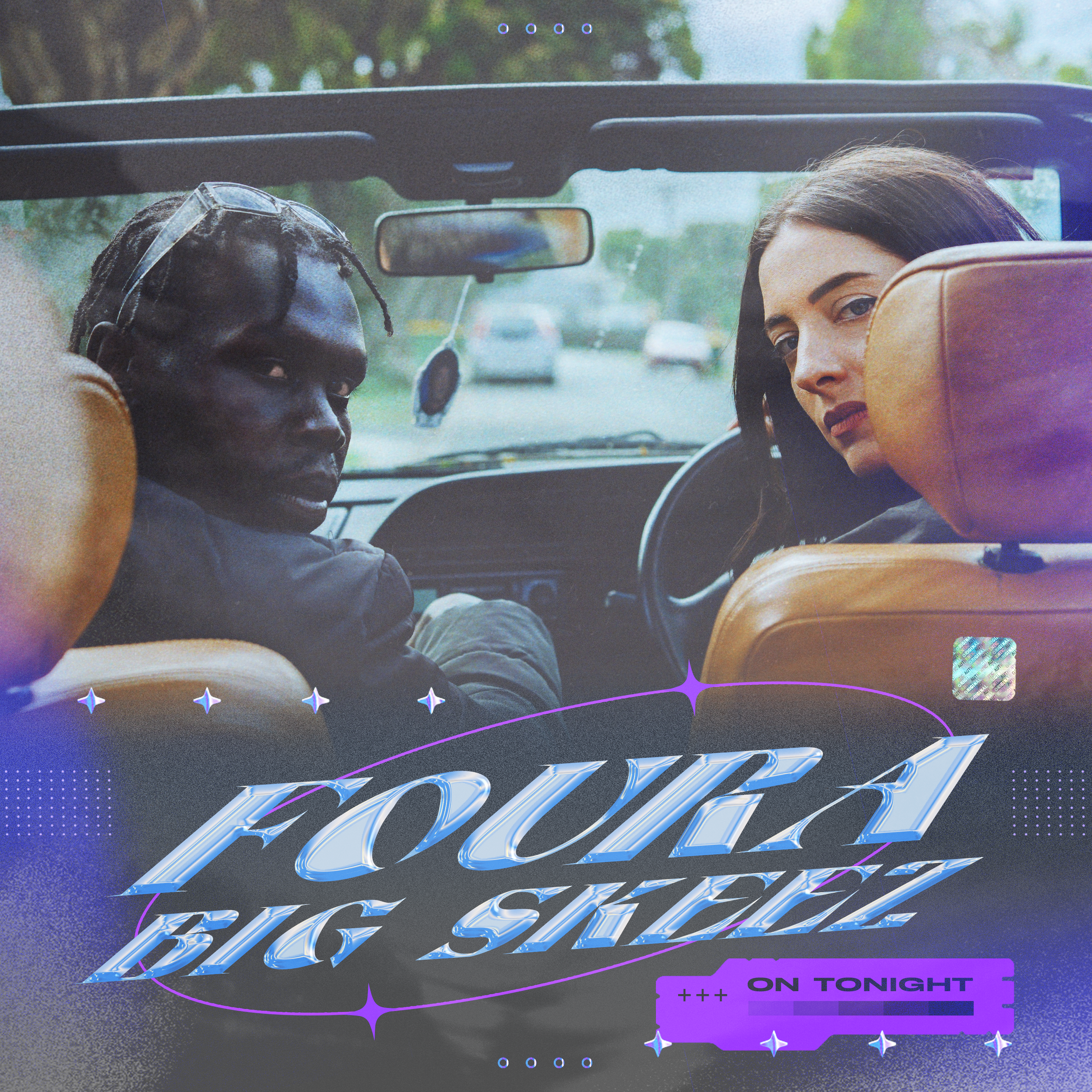 The NLV Records roster has just got a whole lot bigger, with the addition of two new signings: Narrm/Melbourne DJ and producer FOURA and West Sydney Afroswing artist Big Skeez. FOURA’s first release on NLV Records comes courtesy of her new track “On Tonight”. In the spirit of family, she’s got Big Skeez on vocal duties for this wavy garage-pop odyssey.

“On Tonight” represents the perfect intersection of both artists’ sounds. It’s them meeting in the middle, and in turn, creating a track that pushes both artist’s sonic palettes into new territories, resulting in the track’s glitzy garage sheen.

“It’s been such a fun journey working on this single,” FOURA said. “When Skeez hit me up for a collab I couldn’t have been more excited. I sent him a beat and within 2 days he hit me back with the sickest vocals. I was blown away, he’s a phenomenal talent.”

“Signing the track with NLV Records shortly after, having been such a fan of the label for the longest time, made the whole experience an absolute dream. I’m so excited to share this slammer of a track with everyone and hope it soundtracks some absolutely wild nights out.”