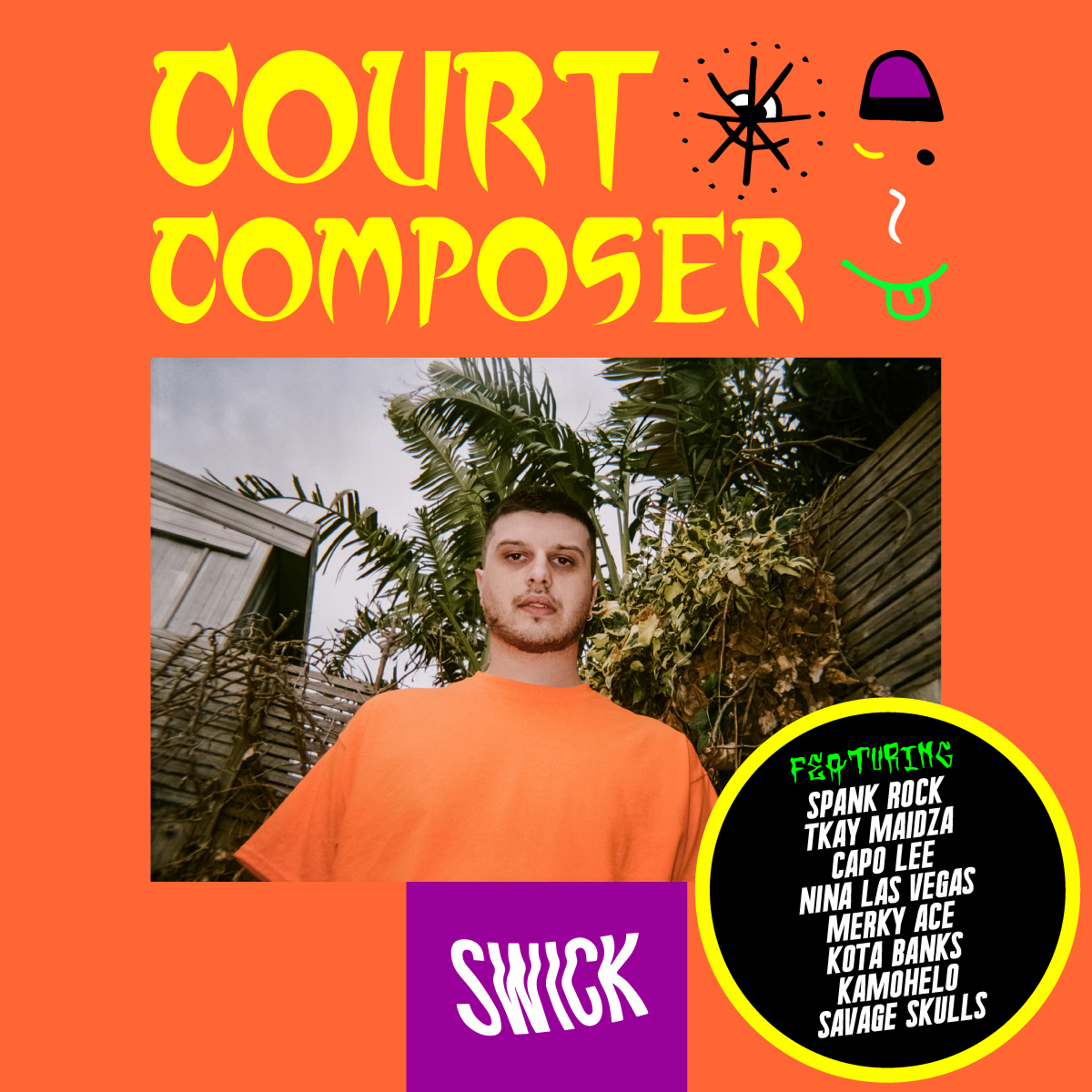 Swick‘s long-awaited debut mixtape, Court Composer, was a masterclass in versatility. Featuring a stellar compilation of some previous singles & new works yet to be heard, the release worked hard to explore every inch of Swick‘s creative potential.

The mixtape features an incredibly diverse list of collaborators, with Spank Rock featuring on ‘Polo Love’ & backed up by previous single ‘Slopes’ with Tkay Maidza & Capo Lee.
‘1000 Shots’ with Merky Ace puts his love for grime on display, whilst ‘Decisions’ with Kota Banks tears us back into pop territory. ‘Hydration’ with Nina Las Vegas sees the duo delve deeper into their creative relationship, whilst a run of solo tracks including ‘Everywhere’ & ‘Bum Bum Riddim’ bring us back to the core of what makes his music so inherently exciting.

Court Composer is a collection of some of Swick‘s best works, & it serves as the label’s first deeper dive into longer-form releases.