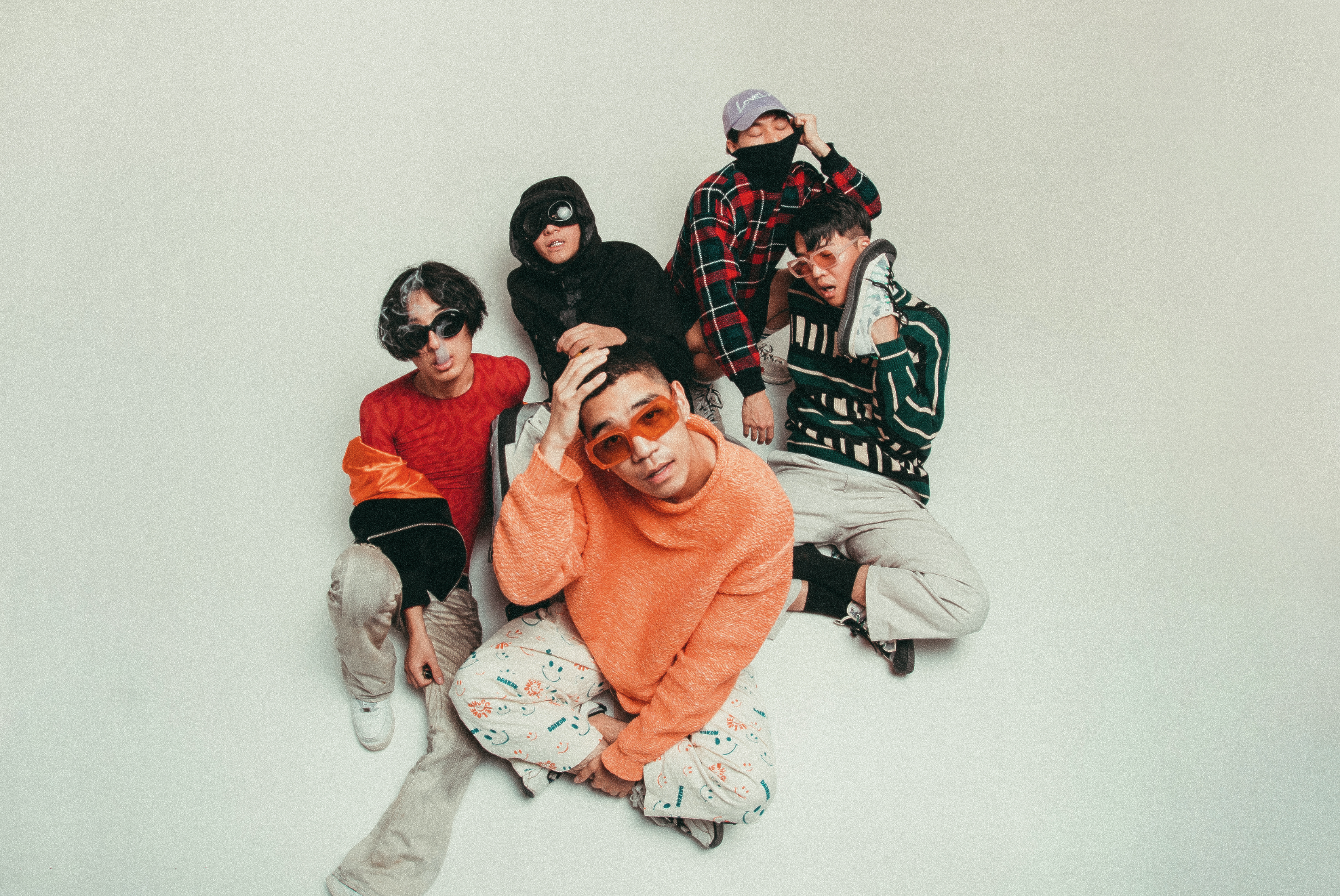 Composed of rappers rako, goyo, DALI HART, producer-singer Nerdie and producer pokari.sweat, the multi-limbed group initially came together following a chance encounter at a house party, after years spent orbiting around one another in Sydney’s Korean-Australian music scene.

Less than a year into the 1300 project, they’ve already blazed an incendiary trail with their debut single, ‘Brr’, released in January 2021 and its breakthrough March follow-up, ‘No Caller ID’, both of which amassed local and international praise from the likes of Acclaim Mag, Sound Doctrine and top Korean rappers Paloalto & Lil Boi, alongside receiving rotation adds across triple j Unearthed and FBi Radio. Transposing the energy of those early singles to an exhilarating, boisterous live show, the group’s ability to transcend genre and audience has, in that short time, seen them already notch a slew of notable support slots, appearing alongside Genesis Owusu, Shady Nasty, Jono Ma, Taka Perry, 3K, Kota Banks and more.

With one foot in Korea and the other in Western Sydney, 1300’s music embodies the abundant possibilities that emerge when you have to find your own way, existing between and across cultures. What ties it all together is the crew’s uncompromising pursuit of raucous energy, a constant momentum and intensity born in studio sessions that is then given shape and sound through their music.

From Seoul to Sydney and everywhere in between: 1300, the future of K-hip hop, now.